This is some pictures of my grandmas house in Iowa.  I just think its a unique house I mean how many pink houses do you see everyday?  The house is about 45 years-old and this is the color its always been, and honestly I can't imagine it any other way.  The house is on a farm and sits atop a large hill which provides an awesome view of the valley below. 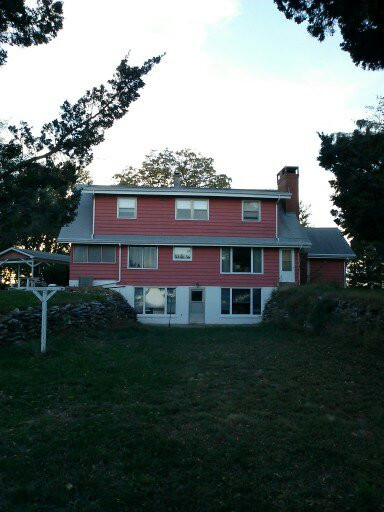 Back side of house.  The view from this side of the house looking down the hill and into the valley is just awesome. 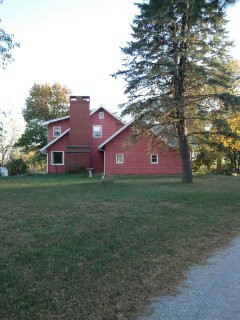 Side view.  There are actually two fireplaces in the house one on the main floor and one in the basement.

Oh yeah 29!   Maybe in 30 years I might consider becoming an adult.

2008 - General/SOS Colin L. Powell. (R)  Yes I know he didn't run for president, but I wrote him in anyways.  I think he would have made a good president.

2012 - Barack Obama (D) At first I was skeptical, but I have been quite surprised in the good things he has done for this country and the world.

Yes since 2008 I have become disapointed in my own political party.  I have been losing faith in them to DO something and to advance the world and society.

Remember when you were a kid and all you wanted to do is be an adult?  Why?  Well adults could do everything you wanted to do it seemed, drive a car, go to the store buy things, get money, and it seemed they had all the freedom in the world.  Right?   Then you become an adult and you find out what life is like.   Go to work, sleep, go to work, sleep, go to work, sleep repeat, repeat , repeat.....    Is this what I spent my entire childhood wanting?   And I am suppose to do this for the next 40 years?
It seems you are working towards your goals of growing up as a child going through school and such then when you graduate and reach your goals like climing a mountain.  But after you reached the top the worst is the feeling you get of "now what do I do"?  The best part about being a kid was always having something to look forward even if it was a long time down the road, but it feels like that gets lost in adulthood.

Does any one find it just mildly ironic the 2012 London Olympics are sponsored by McDonalds? Did any one of the athletes actually include McDonalds food as part of their training regimen? For some reason I doubt it, unless you could win a gold medal in caloric consumption. The U.S. would totally dominate this event.

Loved by millions around the world and loathed by academia everywhere its the one, its the only, its WIKIPEDIA! God dam I love Wikipedia its like this fountain of knowledge I can bath in daily. Who ever thought in one area all of human knowledge on Earth and of the universe and all the events of human history anyone can access this information from anywhere at anytime. I just think that amazing.

I loved the fireworks display at the opening of the Olympics, I have to say I think this is the best I have ever seen.  I just had to watch it again peeps.  :)

I have liked Coldplay before for its relaxing qualities of music, but this is just awesome.

Recently Facebook added a feature to your time line were you can add when you registered as an organ donor in your state.
This makes it easier for people if you don't have a drivers licence.
I envision a future when organ donation is no longer needed.  Were cloning organs in a lab will help people, but in tell then there is a great need from so many people all over the world.  This is how you could help someone someday.

Its easy!  and only takes a few minuets to register.
http://donatelife.net/